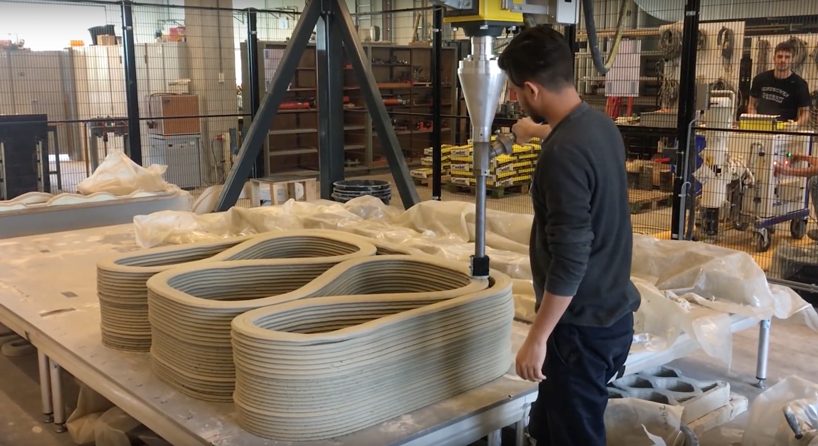 Despite 3-D printing having been around since the 1980s, it wasn’t until much later that scientists and researchers embraced its capabilities. The medical field was among the first to adopt 3-D printing through innovations such as synthetic scaffolds of a human bladder, miniature kidney, prosthetic leg and blood vessels using human cells.

Fast forward to today and other industries, including construction, are exploring ways to use 3-D printing. NASA’s Centennial Challenge tasks competitors with creating a 3-D printed habitat for Mars. In 2014, NASA installed a 3-D printer at its space station to test-print satellite components. It successfully produced a printhead faceplate engraved with the names of organizations that collaborated on the demonstration.

The technology also is pushing itself to new heights. In December, the California Energy Commission awarded a $1.25 million grant to RCAM Technologies to develop and test 3-D printing so that concrete turbine towers can be constructed onsite. The proposed towers would be 140 meters high, a sizable increase from the standard 80-meter-high towers, and would allow for energy production to increase by more than 20%.

This artilce was originally written by Laurie Cowin   and appeared here.

Time-saving robotic accessory could hit market within the year