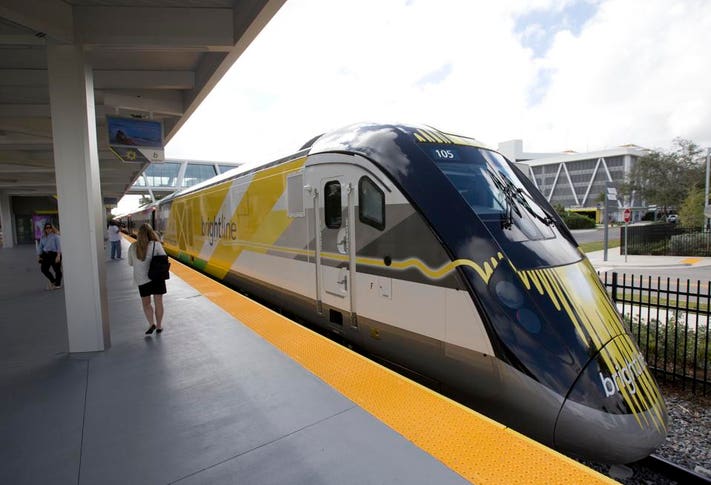 A Brightline train sits at the station in Fort Lauderdale, Florida.