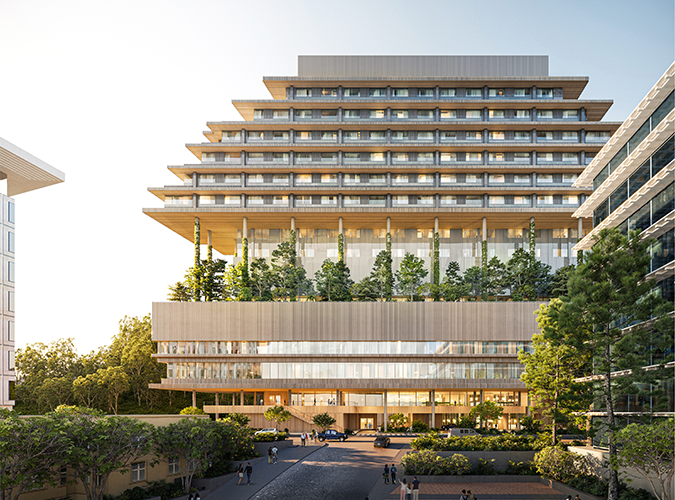 “Construction costs across all sectors, including healthcare, remain at all-time highs, exacerbated by the double-digit annualized inflation rates. Making matters worse for some if the rising cost of lending rates,” said Hopper. “From a healthcare perspective, particularly where schedule urgency is of utmost importance, we are seeing projects move forward despite the higher costs.”

HVAC, electrical switchgear and emergency generators were the biggest supply chain concerns for healthcare projects, said Hopper. He expects volatility to continue for the next eight to 12 months.

“Any large MEP equipment will take longer and cost more because healthcare MEP systems will almost always require customization,” said Hopper. “Whereas other industries can get ‘off the shelf’ units and may not be susceptible to inflation or lead time challenges.”

In a healthcare project, upwards of 35% to 50% of the construction costs may be in these mechanical, electrical and plumbing systems. That ratio may be half as much in a school building or office building, said Hopper.

So while MEP equipment and material costs are already significantly higher than pre-pandemic levels, the customization and stringent product specifications for healthcare facilities have had a further impact on those prices, said Hopper.

“So when costs are up as they have been for MEP systems, it is exacerbated by this fact,” he said.

But while costs for materials themselves have been higher, supply chain issues are also adding to the challenge in the sector.

“The bigger problem is unpredictably long lead times,” said Eric Peabody, principal and medical planner with Taylor Design, an architecture and strategic planning firm with five offices in California. “Even for products that have been secured by earlier bidding, it is very difficult to predict which items are going to be delayed in delivery to the jobsite.”

Even delays on mundane items like door hardware can throw a wrench in schedules by, for example, preventing complete fire safety inspections needed to move on to other phases of construction, said Peabody.  That, in turn, affects construction costs as workers need to re-sequenced on the job, said Peabody.

“Like much the rest of the economy, construction materials are experiencing significant cost inflation,” said Peabody. “It’s not just the traditional big equipment and overseas product that take forever to arrive.”

Nevertheless, those escalated costs are not stopping healthcare projects from plowing forward, said Kevin Hinrichs, president of Taylor Design, because even more money would be lost if they don’t.

“By not following through with planned projects, healthcare networks would lose more in revenue than they pay in construction costs, even with price escalation,” said Hinrichs. “Some are even accelerating project schedules, and presumably paying more to do so, as a way to get patients in the door faster and revenue coming in sooner.”

Proposal activity in the healthcare market was the second-highest of the 12 major sectors in the second quarter of 2022, according to the PSMJ Resources Quarterly Market Forecast survey of architecture, engineering and construction firm leaders.

Nearly two-thirds of respondents said proposal activity increased from the first quarter of 2022, while only about 5.5% said their proposal opportunities decreased. The remaining 29% said opportunities were about the same, quarter over quarter.

The rapid volume of procurement in healthcare construction during the first two quarters of 2022 can likely be attributed to suppressed demand following the past two years of the pandemic, while some clients want to get ahead of further cost escalation, experts said.

“The healthcare segment has a strong pipeline of projects in planning and projects under construction,” said Pete Bergman, operations vice president and health care market segment leader at Messer Construction, a Cincinnati-based general contractor. “While there were pauses and delays seen early on during the pandemic, many healthcare systems have continued future planning efforts on infrastructure projects, as well as new and replacement hospitals.”

Historically, healthcare is a stable construction market with steady growth in the face of economic fluctuations.

For that reason, construction firms with work in healthcare should continue to enjoy growth in revenue, profit and backlog, said Jerry Guerra, principal with The JAGG Group, a Lynnfield, Massachusetts-based research and management consulting company for the architecture, engineering and construction industry

“In the healthcare market, shifting demographics, deferred maintenance, aging buildings, new technologies and major changes in the delivery of healthcare services all drive the continued need for facility renovation and construction projects,” said Guerra. “There have been a few pauses over the years, but the market for healthcare design and construction services has been reliably strong, and it shows no signs of slowing.”