Rather than sell, some homeowners decide to radically change the look, feel and size of their homes. PHOTO: MICHAL CZERWONKA FOR THE WALL STREET JOURNAL

Justin and Michelle Wilson didn’t have much of a choice when they turned a $1.58 million ugly duckling into a $3 million swan.

There were very few options in Mountain View, Calif., within their $2 million budget, and each house they liked got snapped up in a bidding war. So they settled for a dated $1.58 million beige-and-brown Tudor-style house and gave it a $600,000 makeover that took seven months. Now, the contemporary home’s facade features stucco, stone and steel as well as a striking portico.

“It makes us happy to drive up and come home,” said Mr. Wilson, a 34-year-old financial executive.

Before and After: A Mountain View, Calif. Home

Justin and Michelle Wilson made over their beige-and-brown Tudor with stucco, stone and steel

If listed today, the home would likely sell for about $3 million, said Brett Jennings, a broker associate at Keller Williams Bay Area Estates. “Buyers are paying a premium for homes that are updated, and a premium-plus for the modern aesthetic,” he said.

California may be a capital of cosmetic surgery, but it’s not just noses and eyelids falling under the knife. A hot housing market is driving buyers to pay exorbitant sums for old, frumpy houses, knowing they’ll pay plenty more to remake them to modern tastes. Others currently own dowdy houses and choose to renovate rather than relocate.

While the dynamic is playing out in a number of U.S. cities, California’s plight is particularly intense because of Proposition 13, a 1978 amendment to the state constitution. It set property taxes based on 1975 assessments and capped future property-tax increases at 2% a year. The catch: When a home in California is sold, the property is reassessed based on its current sale price, resulting in a large tax increase for the new buyer. To avoid this tax hit, many homeowners simply stay put rather than move, which further suppresses the inventory of home listings and keeps prices high. 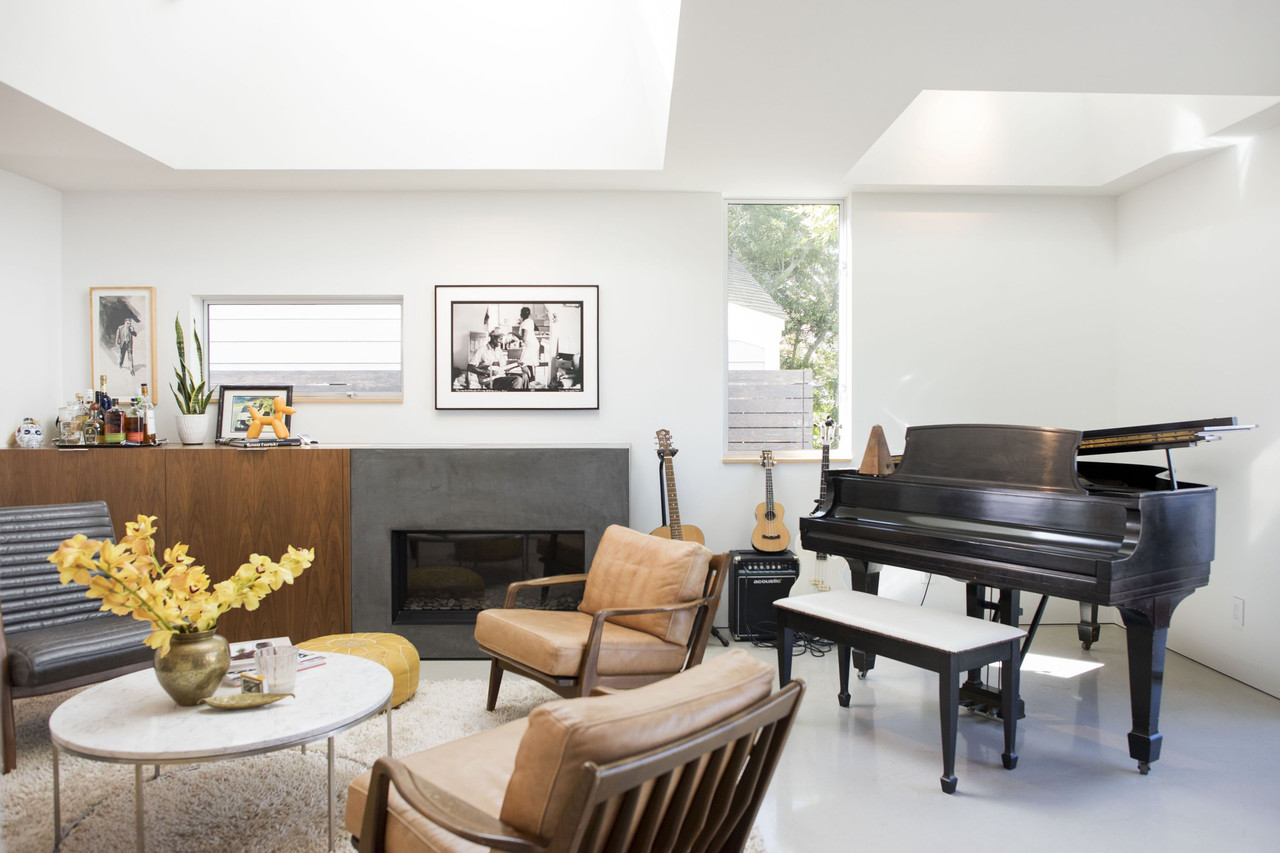 “Prop. 13 has a strong tendency to keep people in homes longer than they otherwise would be,” said Paul Habibi, a professor of real estate at the Ziman Center for Real Estate the University of California, Los Angeles. “If the market is rising faster than the assessed values, you have all the economic incentive to stay in place,” Mr. Habibi said. 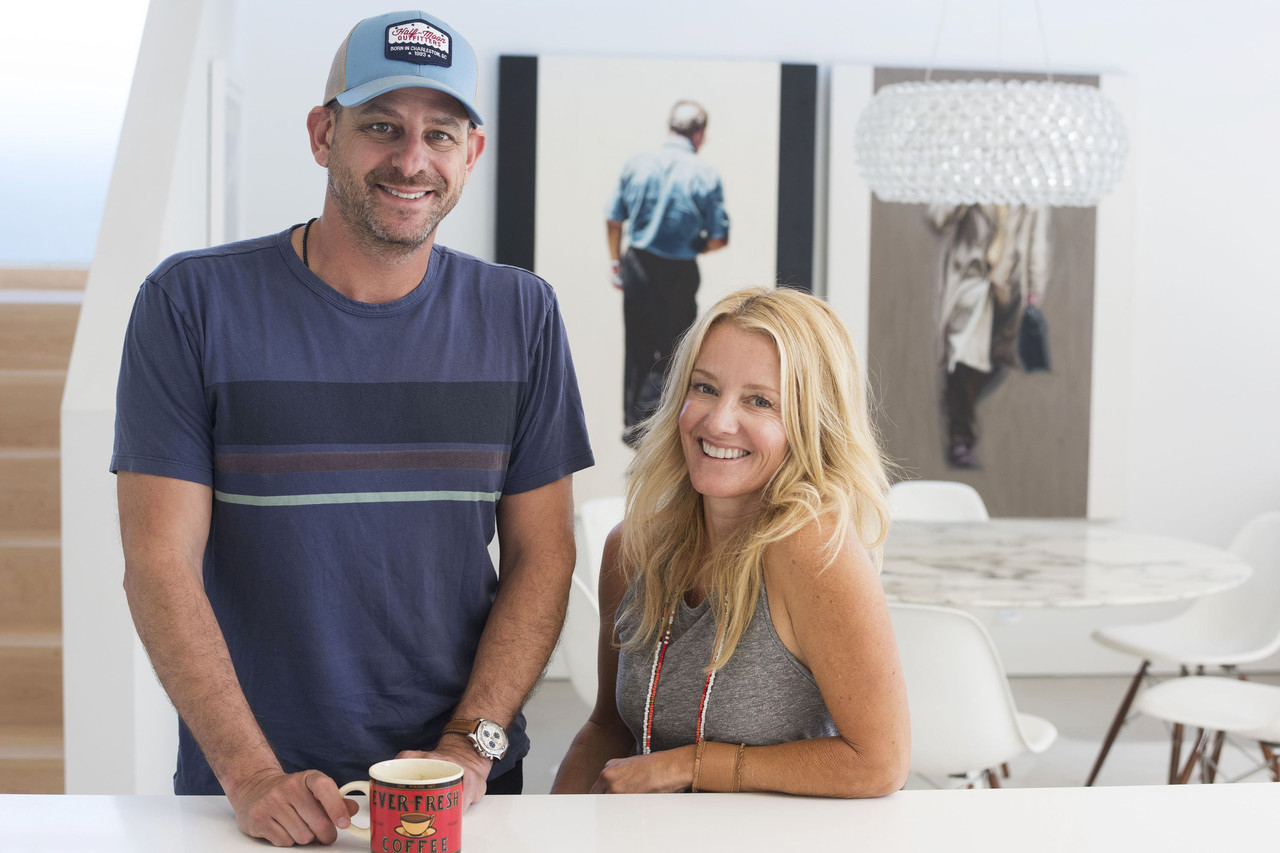 When Marc and Jen Roskin, both 47, wanted to enlarge and modernize their Manhattan Beach, Calif., home, they didn’t even contemplate moving, since their property taxes are based on the $1.315 million purchase price in 2004. “It’s cheaper to keep our house and to renovate,” said Ms. Roskin, a jewelry designer.
Before and After: A Manhattan Beach, Calif. Home
Marc and Jen Roskin transformed their Spanish-style bungalow into a white modernist cube

They hired Robert Sweet of Ras-a, a Los Angeles design and build firm, to transform the Spanish-style bungalow into a white modernist cube. Parts of the house are clad in burnt-cedar siding, a process borrowed from Japanese tradition. Contractors blow-torched unstained cedar on site, “which burns the sugars in the woods, making it impervious to bugs and weather,” Mr. Sweet said.

The project also made the home’s exterior spaces dynamic and usable, said Mr. Roskin, a producer and director. One side of the house includes a built-in barbecue, outdoor shower, fireplace and a pass-through window that connects to the kitchen. The other side has a terrace with seating. The Roskins declined to disclose project costs.

Daniel M. Salzman, principal of Evergreen Design Build in Manhattan Beach, estimated it would cost between $1.3 million and $1.6 million to transform a comparable home to a similar result. 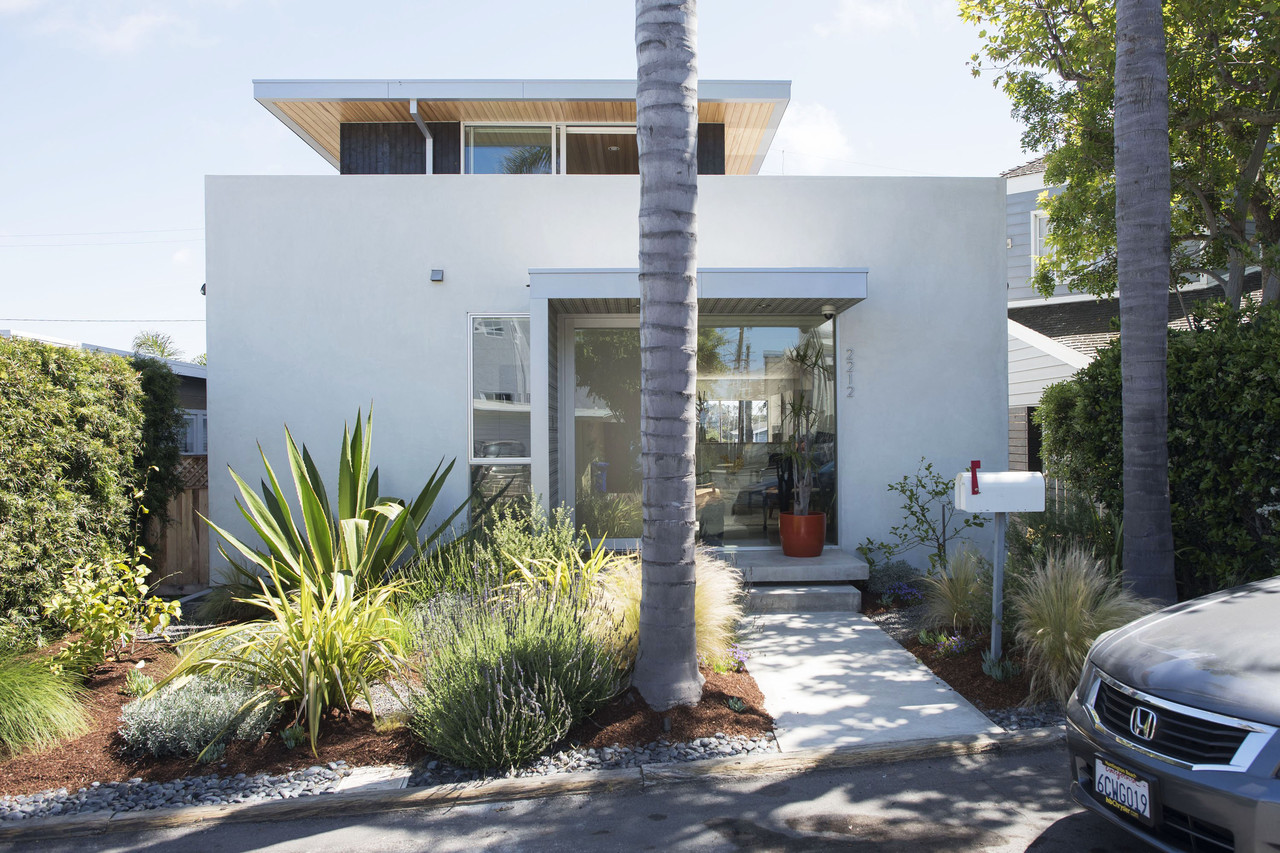 The house today would likely sell for somewhere between $3.5 million and $3.75 million, said Kofi Nartey, director of the sports and entertainment division at the Agency, a Los Angeles brokerage. In its unrenovated state, it would have fetched about $2 million on today’s market, Mr. Nartey estimated.

Not all exterior makeovers are moneymakers, due in part to the capricious nature of facade fashion. Nine years ago, a married couple dabbling in house flipping hired Los Angeles architectural firm Poon Design to turn a rundown Bel Air contemporary into a Mediterranean dream house.

“It was a no-brainer back then to convert it to Mediterranean for the market,” said Anthony Poon, a principal of the firm. The architects’ design called for a rotunda in the heart of the house, a clay-tile roof and hand-troweled plaster. Romantic outdoor spaces feature a fireplace and wood trellises. Mr. Poon estimated that today it would cost around $3.5 million to do the same to a similar, 9,000-square-foot house.

But by the time the house was finished 28 months later, the housing crisis had depressed the market considerably. Another problem: Mediterranean houses were no longer hip, and the modern look came roaring into vogue. The house sold for $6.35 million in 2009, though it had been listed for $9.5 million, said John Kim, a principal at Poon Design.

William Tran, an agent for Sequoia Real Estate, a boutique agency, represented a small group of local investors in the purchase of a small, nearly windowless house clad in faux-stone in San Francisco’s Noe Valley neighborhood in 2012. The investors paid $908,000 for the property and hired Mr. Tran to be the project manager of the redesign.

The plans enlarged the home to 2,750 square feet and gave it a sleek exterior featuring glass, aluminum and integrated lighting. In total, $1.3 million was put into the renovation, Mr. Tran said. This past August, Mr. Tran said he helped sell the property to a tech entrepreneur for just over $4 million.

“If you have a modern-looking home, and a brand new home, you’ll get the money,” Mr. Tran said.

Scott Croyle, 44, chief design officer for a technology company, and his wife, Michele Godwin, 43, a teacher and librarian, also wanted a modern style house in San Francisco. Instead of shopping for a new home, they hired architect Cary Bernstein to turn their squat, stucco house—“it looked like the Alamo,” Mr. Croyle said—into a larger contemporary house. 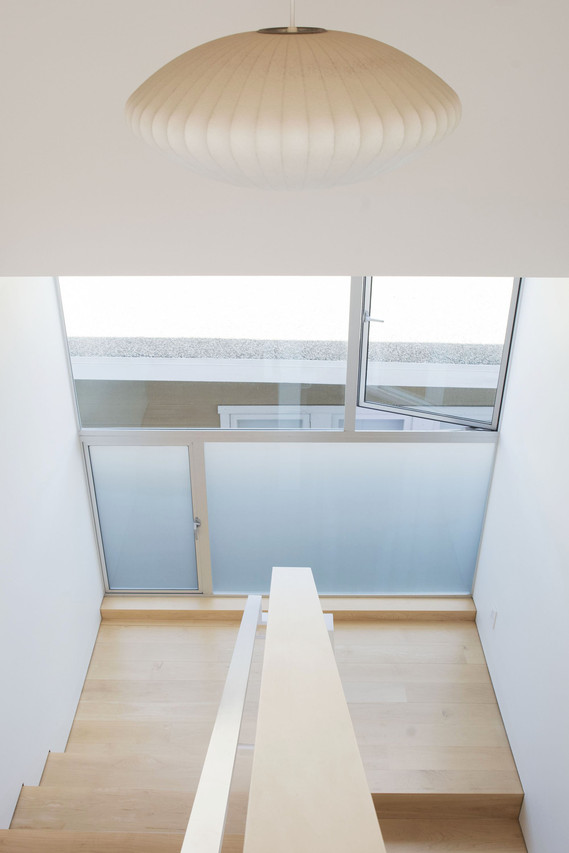 Getting through the planning and permitting phase took about a year and a half—“which is not bad for San Francisco,” Ms. Bernstein said. “The city gives a lot of scrutiny to how your project is going to fit into the neighborhood,” requiring plans, drawings and a written narrative, Ms. Bernstein said. Construction was complex, involving expanding the house out to both sides and doubling the size to 1,970 square feet.

Ms. Bernstein then turned her attention to the exterior. Aiming for modern while avoiding “the glass box look,” Ms. Bernstein clad the house with natural, textured materials, such as clay tile and cedar siding.

Joey Toboni, managing partner of the Toboni Group, a high-end builder in San Francisco, estimated that it would cost roughly $800,000 to $900,000 to renovate a comparable property to a similar standard. 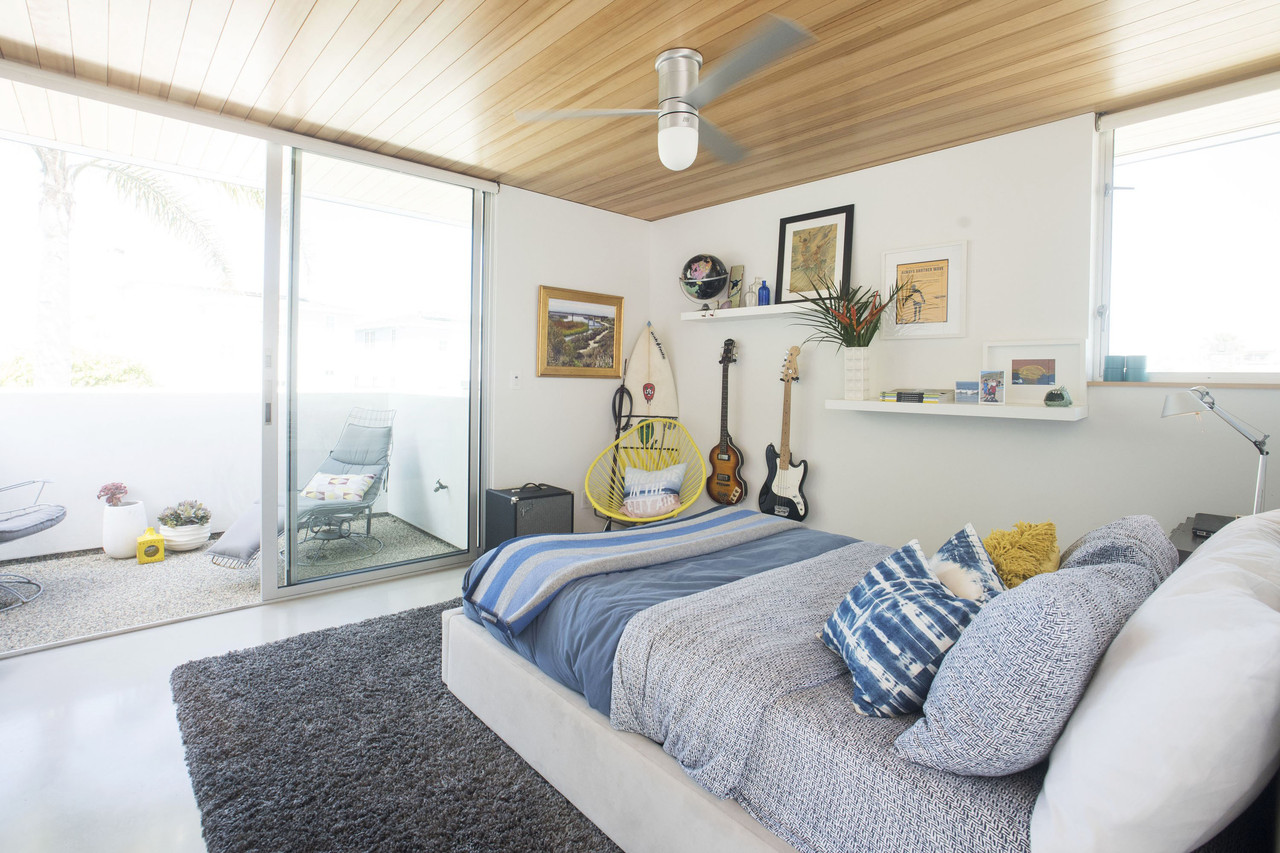 The house today would likely sell for $2.25 million, said Mary Ann Montano, a broker associate at Coldwell Banker’s Pacific Heights office in San Francisco. If it went to market in its smaller, unrenovated state, it might sell for $1.25 million, Ms. Montano said.

Mr. Croyle, however, has no plans to capitalize on his investment. “We built the ideal house for us and can’t imagine leaving the home,” he said.

More Americans are expected to remodel their homes this year

Measure the Success of Your Business Beyond the Bottom Line