State officials declined Wednesday to approve a program that would allow new homes to be built in Sacramento without rooftop solar panels — handing at least a temporary victory to clean energy advocates, who said the program would cripple California’s first-in-the-nation home solar mandate.

The California Energy Commission postponed a decision on a controversial proposal from the Sacramento Municipal Utility District after hearing from dozens of solar industry representatives, environmental activists and utility ratepayers. Under SMUD’s proposal, home builders would be allowed to take credit for electricity produced at existing solar farms, rather than installing solar panels on new single-family homes and low-rise multifamily buildings.

But critics said it would undermine California’s home solar mandate, which takes effect on Jan. 1, 2020. They said approval of the program would set a precedent that could be followed by other utilities, such as Pacific Gas & Electric, which submitted a letter this week supporting SMUD’s proposal.

“Last year, California told the world it was requiring rooftop solar on new homes,” Don Osborn, president of the Elk Grove, Calif.-based solar installer Spectrum Energy, told the commission. “It would be an embarrassment to the state and a setback for clean energy if you let this through on technicalities.” 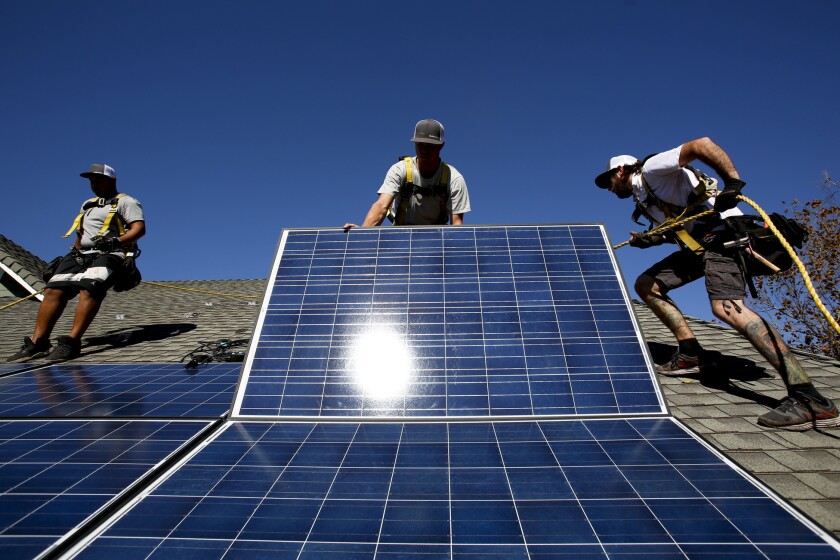 When the Energy Commission approved the requirement for solar panels on new homes, it also gave builders the option of supplying power from an off-site “community solar” facility. The alternate compliance option mollified critics who said rooftop solar would price some home buyers out of the market.

Clean energy advocates figured the exception would be utilized by multifamily developments without sufficient space for rooftop solar, and that community solar projects would be small facilities designed to serve nearby areas. But the Energy Commission chose not to define “community.”

Solar industry officials said SMUD’s proposal made a mockery of the term “community solar.” They were joined in that argument by the nation’s largest home builder, Miami-based Lennar Corp., which broke ranks with the rest of the industry and urged the Energy Commission to reject the proposal.

SMUD’s program “exploits what was supposed to be an exception,” said Todd Farhat, utility relations manager for SunStreet, Lennar’s solar installation subsidiary. The Sacramento proposal, he added, “slows down the innovation necessary to meet California’s long-term climate and energy goals.”

SMUD officials countered that their program had been thoroughly vetted by Energy Commission staff, who found that it complied with the agency’s home solar mandate. They also pointed out that they were offering guaranteed bill savings, while helping to meet the state’s climate change goals.

“The mandate to add solar is triggered by the construction of a new low-rise family home or building. And that solar can be added either as rooftop or as an approved community solar option,” said Tim Tutt, a SMUD program manager for regulatory affairs. “In either case, solar will be added.”

Critics, though, said the Sacramento program wouldn’t produce the unique benefits of on-site solar. When paired with batteries, for instance, rooftop solar panels can help households keep the lights on during a blackout. They can also reduce strain on California’s aging electrical grid infrastructure. 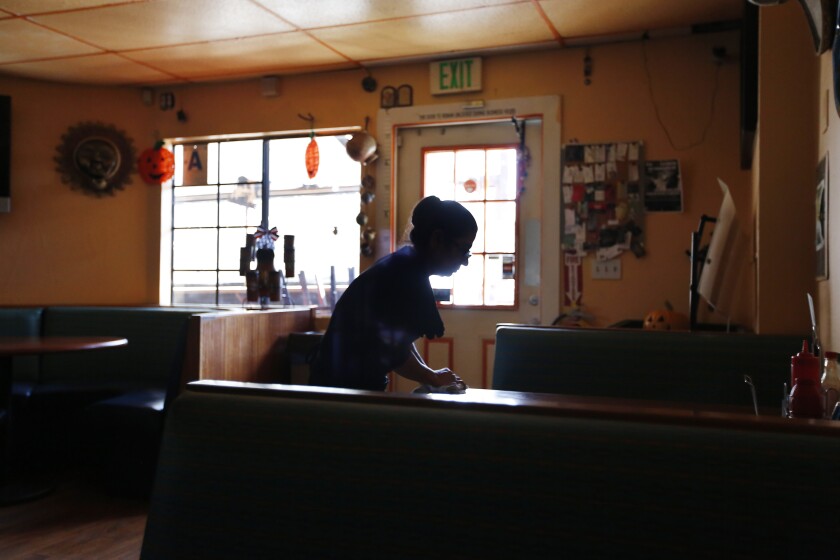 Commissioner Janea Scott described the broadness of SMUD’s proposal as “problematic,” saying it could lead to few homes in the Sacramento area being built with solar panels or energy storage.

Commissioner Patty Monahan noted that the program would guarantee the typical household energy bill savings of $20 per year, compared to the $35 per month that the Energy Commission estimated the average single-family home would save with rooftop solar.

David Hochschild, who chairs the Energy Commission, also said he had concerns “with the value the customer’s getting.”

“This is kind of on us, because we didn’t specify with great specificity what a community solar project actually looks like,” Hochschild said.

Commissioner Andrew McAllister, who oversaw development of the home solar mandate, said the agency was trying to create flexibility for builders. But he asked his colleagues to postpone a decision on the Sacramento proposal while the commission takes a shot at defining community solar.

Even if the Sacramento program is ultimately approved, McAllister said, “nobody’s scrapping the rooftop requirement. It’s still there.”

This article was originally written by Sammy Roth and appeared here.

Giving Thanks: How These 10 Entrepreneurs Founded Profitable Businesses