Which Type of Entrepreneur Are You: Bedrock or High-Risk?

There are two fundamentally different kinds of entrepreneurs. It doesn’t matter which you are, so long as you know which you are. 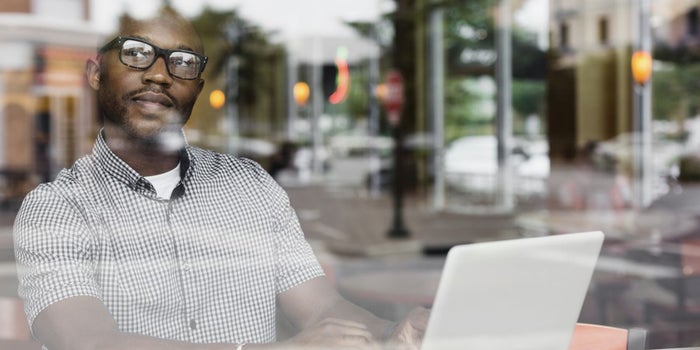 Entrepreneurs come in all shapes and sizes, from all kinds of backgrounds, and with many different types of personalities. But there are two, and only two, entrepreneurial mindsets that lead to successful business creation: what I call bedrock and high-risk entrepreneurship. Each is internally consistent, springing from a distinctive set of tightly intertwined motivations. And they are mutually exclusive, calling for dramatically different approaches to key business decisions.

Neither approach to entrepreneurship is superior to the other. Either can lead to the creation of big global companies and immense value. Bill Gates and Michael Dell, for example, adopted the bedrock mindset. Larry Page and Jeff Bezos consistently took the high-risk route. The important point is to know the differences between the two types, be clear about which one you are pursuing, and do so consistently. Consider the starkly different motivations and approaches to critical business decisions that characterize each of these mindsets:

Bedrock entrepreneurs try to minimize losses in order to maximize their long-term chances of creating a successful business. Bedrock entrepreneurs largely fund their businesses out of their own pockets, and the pockets of their family and friends (and sometimes through bank loans and equipment leases), so they try to avoid failure at all costs. They see the consequences of failure as dire — not only the loss of money and status but also damage to precious personal relationships.

High-risk entrepreneurs often see their primary objective as personal wealth creation. With the support of venture capital, they create companies that grow faster than the companies of bedrock entrepreneurs, sometimes achieving substantial wealth in a relatively short time. They are willing to tolerate failure because they aspire to higher status and more important relationships than those they have.

Slow and steady or fail fast?

Bedrock entrepreneurs try to maximize their chances of success for what is often their only attempt to start a business. They proceed from one small victory to the next. They do things, often including very simple things, that competitors don’t do well. They confirm profitability at each stage, methodically growing their businesses over the long haul, sometimes to great size after years of patient toil.

By contrast, high-risk entrepreneurs aim high and fail fast to multiply their chances of creating something extremely valuable. They may run through many business models or product designs until they find a formula that promises explosive growth. YouTube started as a video dating site. PayPal was initially a cryptography company designed for exchanging money over Palm Pilots. Twitter began as a podcast directory and tried to morph into a limited status-update site before becoming a full-fledged social network. Because of this “shoot for the moon” model, the U.S. is the world leader in enterprise software, semiconductors, social media, biotech and ecommerce.

Fueled by profits or other people’s money?

Successful bedrock entrepreneurs start small, seek profitability early on and plow their profits back into the business. They grow big only after they have demonstrated that they can consistently make money.

Estée Lauder started as a teenager aspiring to rise above her very humble beginnings, relentlessly experimenting with ways to sell beauty products. It took her decades of making small profits to find out how to do it well enough to make the large profits that finally allowed her to live the life she wanted. Sam Walton, too, was a bedrock entrepreneur. He grew his company based on coaxing ever increasing profits from the small retail stores he initially franchised, borrowing money from family and, only later, from banks. Such entrepreneurs must necessarily be patient about the growth of their companies since it will be limited by the profits they generate.

For high-risk entrepreneurs, the initial aim is not profitability but rapid growth, fueled by money from investors who are strangers. Growth is enabled by the investment they attract and attracting that investment depends on their companies’ growth potential. It therefore makes perfect sense to shoot for the moon using big money from other people.

The company of strangers?

Contrary to a commonly held perception, the majority of enterprises are founded by a single person, not by a team. Over half of the entrepreneurs in the U.S. work on their own and want to keep it that way. They recognize that giving significant ownership to partners or co-founders increases the risk that the company will break up over differences of aims, strategy and even personality.

High-risk entrepreneurs, feeling the need to grow fast or perish, are quick to found companies with relative strangers. When survival appears otherwise impossible, the risks associated with breaking up with a co-founder whom you didn’t have the time to know well can seem reasonable.

How do you measure success?

For bedrock entrepreneurs the measures of success are largely internal and subjective. Typically, they create companies to achieve highly personal objectives, such as to please a disapproving parent, gain community respect, turn an avocation into a vocation and many others. They want to work with people they know well and who can help them achieve those personal goals. They attract people to their companies by promoting the potential for a long-term working relationship. They create an environment in which the people and company grow together. To the degree they feel that they are achieving these goals they feel successful.

For high-risk entrepreneurs the measure of success is external and objective — the valuation or stock price of their companies. They will work with anyone— — familiar or unfamiliar — who is willing to align their behavior with that clear-cut, highly visible measure of success. They attract people by promoting the potential magnitude of the opportunity the company represents. They constantly reassess those people based upon their continuing ability to help the company grow rapidly in value.

Borrowing from the other’s playbook is seldom a good idea.

Mixing and matching aspects of these two diametrically opposed approaches to entrepreneurship leads to inconsistent and self-defeating behavior. For example, bedrock entrepreneurs who accept VC money to accelerate growth before the company has achieved consistent profitability will be forced to focus on the goals of the investors instead of their own personal goals. They will lose their ability to minimize painful personal losses of money, status or relationships

Conversely, a high-risk entrepreneur who is in love with his original idea might pursue it in the manner of a bedrock entrepreneur, tweaking it only incrementally and accepting modest profits instead of doing whatever it takes to achieve rapid growth. Employees who had been attracted by the possibility of a big payday would abandon him and investors would soon force him out.

This artilce was originally written by Derek Lidow and appeared here.

Time-saving robotic accessory could hit market within the year