The Five Traits You Can Learn From Real Estate Entrepreneurs 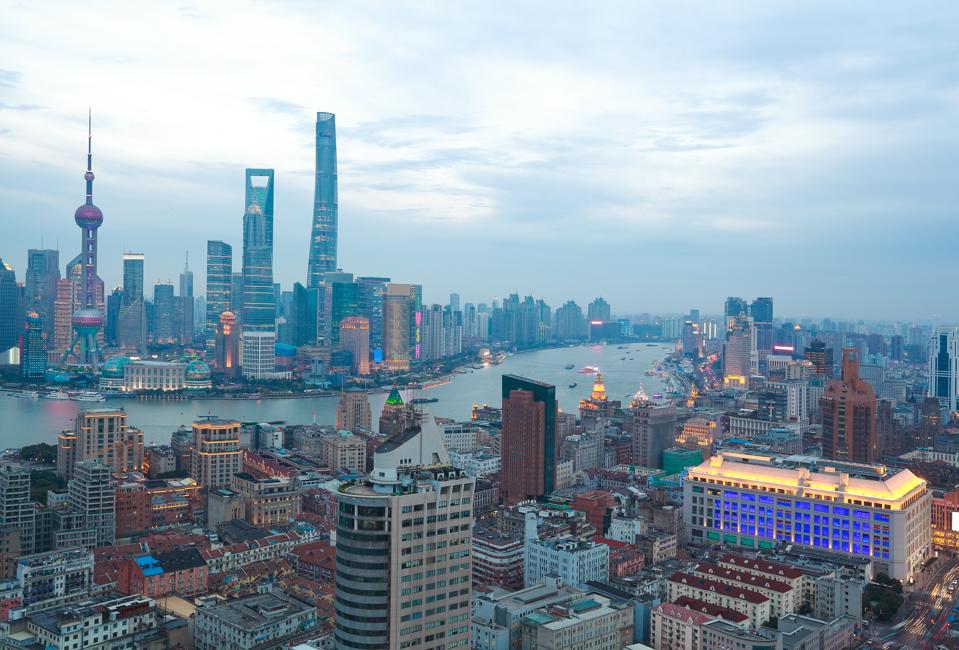 “Timing, perseverance, and 10 years of trying will eventually make you look like an overnight success.” – Biz Stone, co-founder of Twitter

The entrepreneurial landscape has undergone a dramatic transformation, but one thing that hasn’t changed are the foundational principles and traits that define what it means to be an entrepreneur.

As an entrepreneur and the founder and CEO of RealtyShares, one of the nation’s largest real estate crowdfunding platforms, I know there’s truth to be found in those words of Biz Stone. If you’re missing one piece of the puzzle – the right timing, the drive to keep to going in the face of failure or the willingness to invest your time – the whole venture runs the risk of going off the rails.

The Global Entrepreneurship Monitor, a joint effort between Babson College and the London School of Business, estimates that there are 27 million entrepreneurs in the country. According to the 2015 Kauffman Index, a staggeringly high 530,000 new businesses are being launched each month. In terms of the survival rate, the numbers are much lower. The Bureau of Labor Statistics estimates that approximately half of all new businesses launched each year make it to their five-year anniversary. Only a third ever reach the 10-year mark.

I’ve experienced firsthand many of the obstacles that often litter the path of those seeking to prove themselves in the entrepreneurial arena. It’s often the people that manage to make entrepreneurship look so effortless that have the most compelling and most challenge-laden backstories. While the circumstances differ for everyone, the core lessons successful entrepreneurs have learned can easily be applied to across industries.

Michael Massimino, CEO of Alliance Realty Capital, one of the founders of My CT Dream Home and a RealtyShares customer, is a prime example of what it takes to create a sustainable business from scratch.

Growing up with a self-employed carpenter father, Michael received an education on entrepreneurship and the construction industry at an early age. It is something he would quickly become fascinated with. As teenagers, he and his brother Anthony decided to leverage that knowledge by starting a roofing restoration business right out of high school.

Using a subcontracting model, they began marketing their business to homeowners, builders and property managers in their hometown. In a very short time, they’d brought in enough money to take the next step: buying their first lot. Another 30 homes would follow over a six-month period.

Eventually, their brother Mario joined the team, and despite resistance from banks, the trio began optioning lots and land all over the state. When the federal government introduced the First-Time Home-Buyer’s tax credit, they were able to buy and sell 20 homes in six months when other developers were struggling. Their secret? They made it their goal to win buyers over by offering them the best value for the price in the form of extra square footage, closing cost credits and other incentives. In addition to new construction, they were buying multi-family properties to rent out and investing in single-family fix-and-flip projects.  They took the same philosophy that they used on new construction projects and applied it to the fix-and-flip side of the business. Essentially, they created a specialized market that was previously nonexistent.

The brothers built a 3,500-square foot design center that’s become one of their most powerful marketing tools. Buyers who come to their signature website, My CT Dream Home, are able to custom design every aspect of their future home down to the smallest detail before renovations begin, which is something no one else in their respective space is doing. Their willingness to think outside the box has resonated extremely well with buyers and the business continues to thrive.

That ability to innovate, along with the impressive track record demonstrated by the Massimino brothers is why we at RealtyShares have chosen to work with them. Our partnership has allowed them to continue to scale their business at a rapid pace without having to rely on banks while we in turn, are able to provide our investors with high quality investment opportunities.

What Michael’s Story Can Teach Other Entrepreneurs

Michael’s story is certainly inspiring, but it also offers a blueprint of sorts on what it takes to climb the rungs of the entrepreneurial ladder. There are some valuable, albeit difficult lessons to be learned here for anyone who has committed to starting a company of their own.

Find The Need That Other People Aren’t Filling

With millions of new businesses launching every year, carving out a market niche is no easy feat. What sets this company apart is that they were able to pinpoint a slice of the market that was underserved and capitalize on the opportunity it afforded. It’s something Michael has done repeatedly, first with the roofing restoration business, then when they shifted into buying multi-family units and again with their unique approach to flipping. By honing in on what was lacking in the market, Michael and his team have been able to set themselves apart from the competition.

For us at RealtyShares, it was filling in the funding gap left behind by the great recession. As developers and borrowers struggled to find financing for real estate projects, we were able to serve as the conduit between these stakeholders and investors who would have never met or transacted otherwise.

Identify the hole in your field and don’t be dissuaded by the naysayers – this obviously doesn’t mean don’t listen to reason but don’t let someone with little context on your business derail your belief in what you are building.

Be Prepared To Make A Way When There Is None

Obtaining financing is ultimately one of the most difficult things entrepreneurs face and it was certainly no different for the Massimino brothers. While they were proving themselves skilled at turning a profit with their early businesses, banks were becoming ever more regulated and were unable to provide the financing the Massimino brothers required to run and scale their business.

After running into that same wall repeatedly, they focused on raising the funds themselves using the earnings from the restoration business. Their commitment to finding a way to meet their goal created a domino effect that’s kept them moving forward for the last decade. If they’d given up simply because the banks were saying no to a loan, they may have realized a very different outcome.

For all startups, outside investment is an important component, but raising capital does not equal success. It allows you to extend your runway and continue building your business but each time you do, you’re also diluting yourself either through reduced ownership or increased risk.  Be creative with your capital needs.

Surround Yourself With A Strong Team

It’s one thing to come up with a great idea; it’s quite another to put it into action and make it a tangible reality. For that, you need a solid team. In Michael’s case, building a business was a family endeavor from the beginning that included both his parents and his brothers. Having those key players in place early on is something you’ll appreciate down the road as you work towards expanding your business.

If you’re not lucky enough to have cadre of skilled siblings, choose partners carefully. A partnership is like a marriage. In fact, you will spend more time with your partner than your spouse, celebrating the highs and commiserating through the lows together.

Use tech to your advantage

Tech has been a major game-changer for some time now, not only in real estate but in the larger entrepreneurial arena. In a time when technology is evolving on a daily basis, there’s absolutely no reason not to use it to your advantage when starting and running a business. That’s the attitude Michael and his brothers adopted in developing their online presence.

They looked at what their competitors were doing and zeroed in on what prospective clients desired the most in a website: usability. Their website helped them move beyond the mom-and-pop model to create a virtual space that’s both engaging and functional. Even now, the site continues to evolve as the brothers seek to add a new layer of transparency so that visitors can see exactly what My CT Dream Home has to offer.

Being in the fintech sector, the value proposition offered by technology is something we at RealtyShares have embraced fully. As a crowdfunding platform, tech lies at the heart of what we do and it’s what allows us to connect outstanding sponsors like My CT Dream Home with our investors in a streamlined manner. In short, tech is a tool that any serious entrepreneur must be adept at using.

Being an entrepreneur means believing in the product you’re selling or the service you’re offering. When a million things are going wrong, your ability to stay motivated and keep going is the key to success. If you’re not committed to it 100 percent, that’s going to influence the results you get for your efforts. Construction was something that Michael had and continues to have a true passion for and that’s made a tremendous difference in what he and his brothers have been able to achieve.

Know Yourself and Your Industry

On a final note, I would encourage other entrepreneurs to stay ahead of the curve as much as possible. Monitor the trends in your industry, pay attention to the chatter about what changes may be in store and be prepared for the unexpected. Adaptability, perhaps more than anything else, is necessary to survival as an entrepreneur.

This article originally appeared in Forbes by Nav Arthwal

Design Smackdown | The Hyperloop vs. The California High-Speed Rail