Plans for $400-billion new city in the American desert unveiled The cleanliness of Tokyo, the diversity of New York and the social services of Stockholm: Billionaire Marc Lore has outlined his vision for a 5-million-person “new city in America” and appointed a world-famous architect to design it.
Now, he just needs somewhere to build it — and $400 billion in funding.
The former Walmart executive last week unveiled plans for Telosa, a sustainable metropolis that he hopes to create, from scratch, in the American desert. The ambitious 150,000-acre proposal promises eco-friendly architecture, sustainable energy production and a purportedly drought-resistant water system. A so-called “15-minute city design” will allow residents to access their workplaces, schools and amenities within a quarter-hour commute of their homes.
Although planners are still scouting for locations, possible targets include Nevada, Utah, Idaho, Arizona, Texas and the Appalachian region, according to the project’s official website.
The announcement was accompanied by a series of digital renderings by Bjarke Ingels Group (BIG), the architecture firm hired to bring Lore’s utopian dream to life. The images show residential buildings covered with greenery and imagined residents enjoying abundant open space. With fossil-fuel-powered vehicles banned in the city, autonomous vehicles are pictured traveling down sun-lit streets alongside scooters and pedestrians.
Another image depicts a proposed skyscraper, dubbed Equitism Tower, which is described as “a beacon for the city.” The building features elevated water storage, aeroponic farms and an energy-producing photovoltaic roof that allow it to “share and distribute all it produces.” 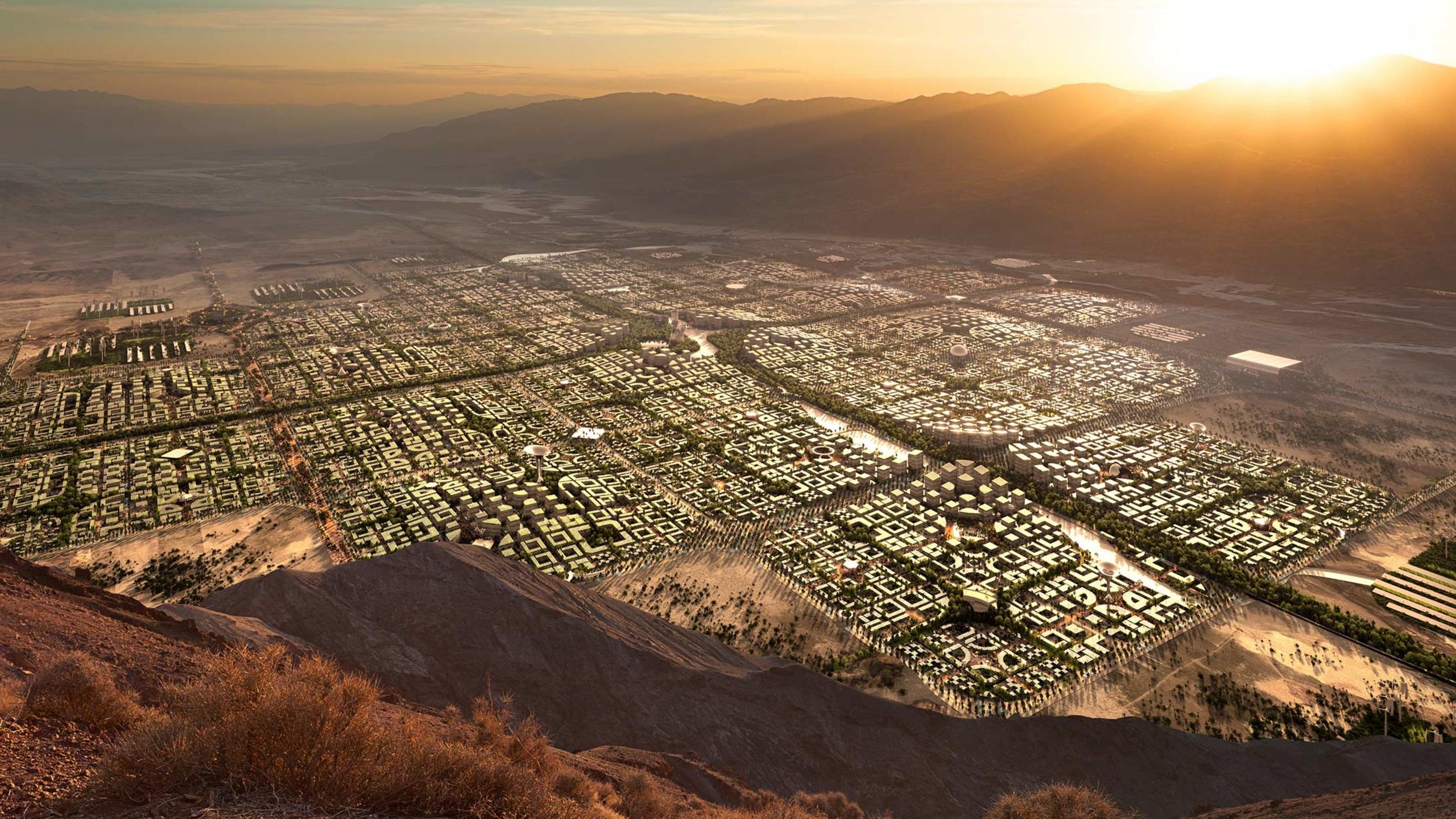 The first phase of construction, which would accommodate 50,000 residents across 1,500 acres, comes with an estimated cost of $25 billion. The whole project would be expected to exceed $400 billion, with the city reaching its target population of 5 million within 40 years.
Funding will come from “various sources,” project organizers said, including private investors, philanthropists, federal and state grants, and economic development subsidies. Planners hope to approach state officials “very soon,” with a view to welcoming the first residents by 2030.

In addition to innovative urban design, the project also promises transparent governance and what it calls a “new model for society.” Taking its name from the ancient Greek word “telos” (a term used by the philosopher Aristotle to describe an inherent or higher purpose), the city would allow residents to “participate in the decision-making and budgeting process.” A community endowment will meanwhile offer residents shared ownership of the land.
In a promotional video, Lore described his proposal as the “most open, most fair and most inclusive city in the world.”
Lore founded jet.com before selling it to Walmart and joining the retail giant as head of US e-commerce in 2016. He left the company earlier this year, saying that his retirement plans included working on a reality TV show, advising startups and building a “city of the future.”
On Telosa’s official website, Lore explains that he was inspired by American economist and social theorist Henry George. The investor cites capitalism’s “significant flaws,” attributing many of them to “the land ownership model that America was built on.” 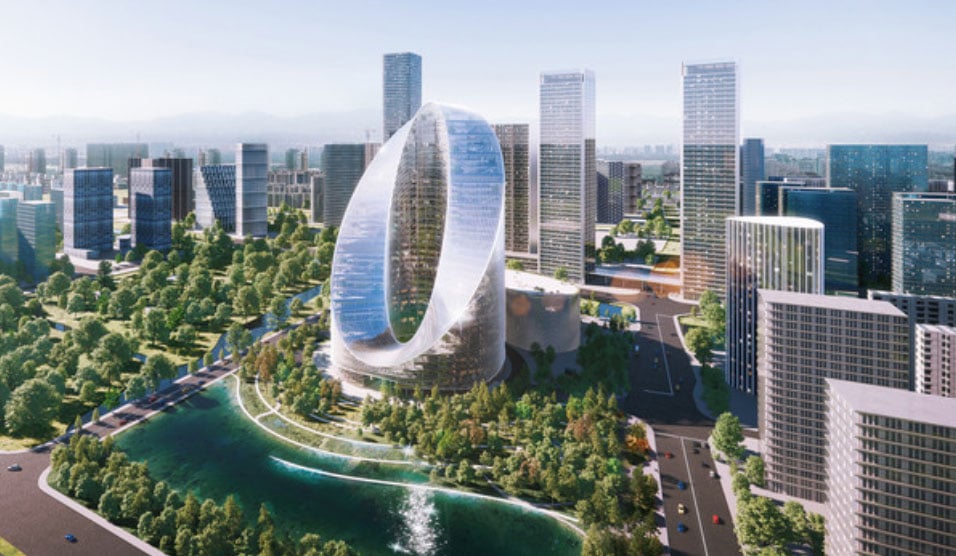 “Cities that have been built to date from scratch are more like real estate projects,” Lore said in a promotional video for the project. “They don’t start with people at the center. Because if you started with people at the center, you would immediately think, ‘OK, what’s the mission and what are the values?’
“The mission of Telosa is to create a more equitable and sustainable future. That’s our North Star.”
BIG’s founder, Danish architect Bjarke Ingels, is meanwhile quoted as saying that Telosa “embodies the social and environmental care of Scandinavian culture, and the freedom and opportunity of a more American culture.”
It is not the first new city being planned by Ingels’ firm, which famously installed a ski slope on top of a Copenhagen power plant and has co-designed Google’s new headquarters in London and California. In January 2020, Japanese carmaker Toyota revealed that it had commissioned BIG to create a master plan for a new 2,000-person city in the foothills of Mount Fuji. Although significantly smaller than Telosa, the project, dubbed Woven City, promises autonomous vehicle testing, smart technology and robot-assisted living.

This article was originally written by Oscar Holland and appeared here.

The Dotted Line: Everything you need to know about construction contracts