Looking Back: 6 Things You Might Tell Your Younger Self

Listen to your gut. 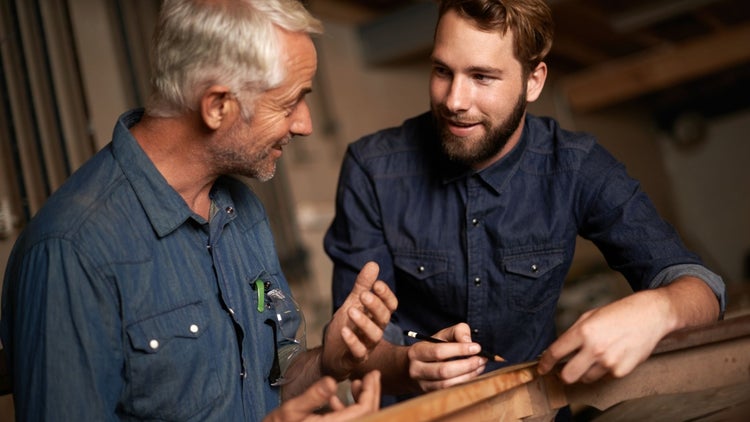 When we first start out as entrepreneurs, we have a lot of passion, and we think we know what we are doing. But let’s face it, we are bound to make some mistakes along the way. But the great thing about mistakes is that when you learn from them, you gain some measure of wisdom. Now, some 20 years later, we still have that passion and drive, but there’s a thing or two we’d definitely tell our younger selves. If only they’d listen. Here are 6 things one entrepreneur would love to tell his younger self.

1. Listen to your gut, not other people.

It’s not that I don’t value other people’s opinions, but I’ve learned that it can be even more important to listen to your own gut. If you look at most successful people, you’ll see that often, they did the things that others wouldn’t. If they had let other people dissuade them, they would have never created these incredible businesses or followed through on those seemingly crazy inventions and ideas that turned out to be brilliant.

When I was first starting out, I trusted the wrong people, and I trusted the advice and information that they were sharing with me. But that voice in your head exists for a reason. You should listen to it. Over time, you may find that it gets louder.

There’s a Warren Buffett quote I love — “Risk comes from not knowing what you’re doing.” When I was younger, I played things a bit safer, but as I learned more and learned to trust my own gut and gather my own intel, I began to take more risks. As everyone knows, more risk can mean greater rewards. You have to buy when others are afraid to. You have to seek out opportunities before others discover them. At the racetrack, you’re not going to win much money if you bet on the horse that always wins. Now, I’m not suggesting betting on the horse that always comes last. But if there’s a new horse that you’ve studied and looks like he’s the next undiscovered champion, you should probably bet on it. You just have to do your homework. Then your gut can make good choices and go all in.

One thing that I’ve learned is that people want to do business with people they trust. The quickest way to earn their trust? Consistency. No one wants to work with someone who’s erratic and who can change their mind on a whim. They want to work with people who are reliable, stable and who they know will always keep their word. Wouldn’t you?

When I was just starting out, I didn’t realize just how much I would grow to love numbers. Often, passion starts with an idea, but numbers are just as important. As a businessman and investor, I crunch a lot of them. Before an idea can be turned into reality, the numbers have to add up. Without that, an idea alone won’t flourish. So loving and caring about numbers isn’t something you should look at as greedy. Rather, it’s something that’s essential for making sure that a business idea is sustainable.

5. Don’t be afraid to be different.

As you’ve probably realized by now, I am all for implementing environmentally friendly approaches to real estate — whether that means solar panels, like the ones in the Atelier condo building in New York, or other green technology. In a landscape that’s often referred to as a concrete jungle, making people feel truly at home means giving them something that connects with them in a unique way. So any project I take on, I try to give it a special twist. The Atelier, of course, has stunning views of the city and the Hudson River, but it also has the highest skating rink in New York, a huge health club, a basketball court and a movie theatre. Being involved with the Atelier really taught me how being different, taking risks and putting new ideas into what could have just been another typical luxury project can lead to others responding passionately to it too.

6. Don’t just try to predict the future. Learn from the past.

Keeping up with the trends and ahead of the curve is essential if you want to make good decisions. When I was starting out, I was especially excited about figuring out what would catch on in the future. But as I’ve grown, I’ve realized that it’s just as important to know what happened in the past. History keeps repeating, right? Besides, it’s much cheaper to learn from mistakes other people made in the past than make your own.

This article was originally written by Daniel Neiditch and appeared here.

Water you having? These home pools feature swim-up bars