In The Future Skyscrapers Will Be Built Out Of Timber Several years ago, the Vancouver planning commission received an unusual request. An architecture firm wanted to build an 18-story skyscraper out of wood. In Canada, like most of the world, building codes restrict timber structures to four stories, six at most. Brock Commons, which will house more than 400 University of British Columbia students beginning next Fall, is an order of magnitude larger than most wooden architecture, and currently the tallest wooden building on the planet. 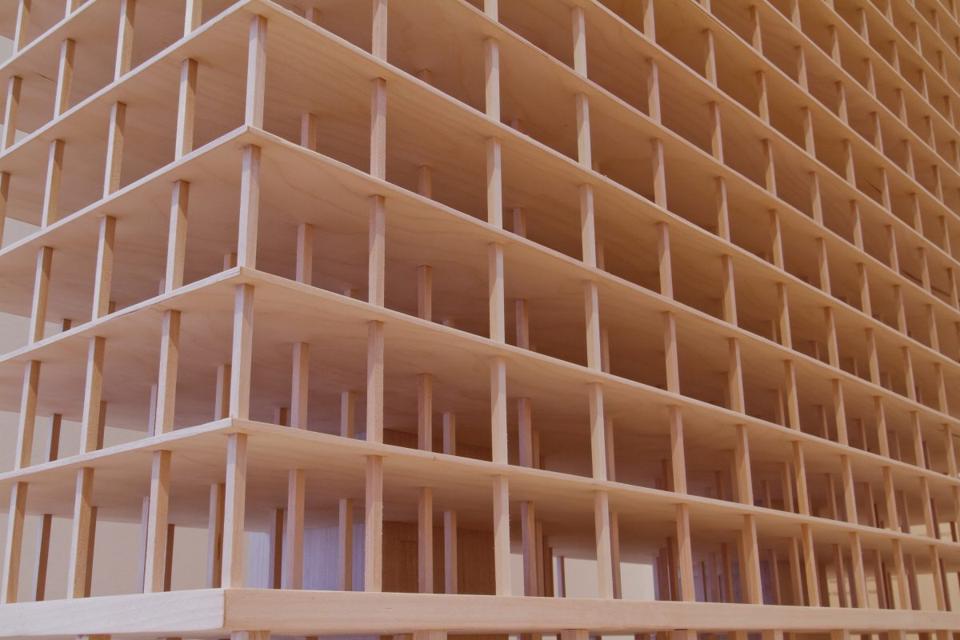 It’s unlikely to hold the record for long. The techniques used to build Brock Commons – such as glue-laminated timber columns – are strong enough to support a skyscraper as tall as the Empire State Building according to recent estimates, and a 24-story building is already underway in Vienna. Moreover, architectural interest in this oldest of building materials is surging globally, bolstered by ecological concerns about the environmental impact of concrete and steel manufacturing.

An important new exhibition at the Martin-Gropius-Bau highlights the environmental advantages of building in wood and also surveys the extraordinary range of innovation in contemporary timber architecture. Dozens of new and envisioned buildings are shown in elegant wooden models and further elaborated in photographs and renderings.

By many standards, Brock Commons is conservative. The architects opted for a hybrid structure, with a concrete core for sturdiness, and abundant use of drywall as protection against fire. Neither of these concessions was strictly necessary. (For instance, thick slabs of timber naturally prevent fire from spreading by charring when exposed to flame.) The motivation for including conventionally modern materials was primarily psychological: to reassure planners and future residents that the building is safe.

Eventually, these inhibitions will be overcome. Timber structures will emulate conventional skyscrapers with increasing fidelity, eliminating ever more steel and concrete. Yet the greater potential is to conceive entirely new architectural forms that take advantage of wood on its own terms, addressing the material qualities of timber with advanced structural analysis and fabrication techniques. 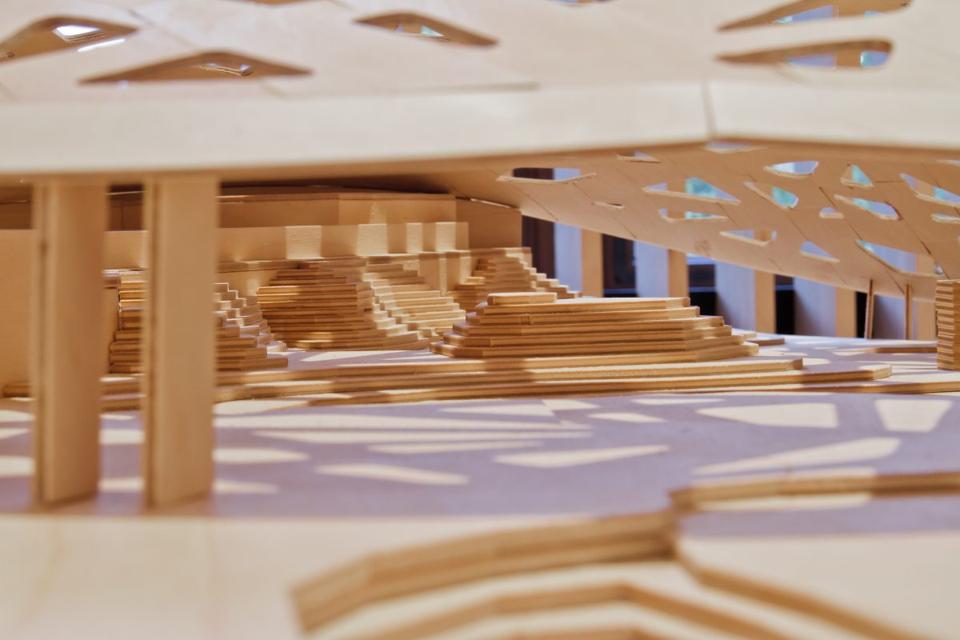 The Marin-Gropius-Bau exhibition includes several examples of buildings built on arboreal thinking. For instance, the Kaeng Krachan Elephant Park in Zurich is sheltered by an undulating timber shell that exploits woodgrain to distribute force. The shape is partly informed by the materials.

The notion of form following function is often associated with Modernism, but actually it’s as ancient as building. Gradually abandoned over centuries of embellishment and ornamentation, it was reclaimed at the moment that the material substance of building became fully artificial. With the return to wood in the age of structural engineering, Modernism can take on new vitality.

Wood affords new constraints. Those constraints will result in new forms of beauty.

This article was originally written by Jonathon Keats and appeared here.

5 Life Lessons Every Entrepreneur Must Learn

4 Myths about Entrepreneurs That You Probably Thought Were True