Are tall timber buildings the future of construction? 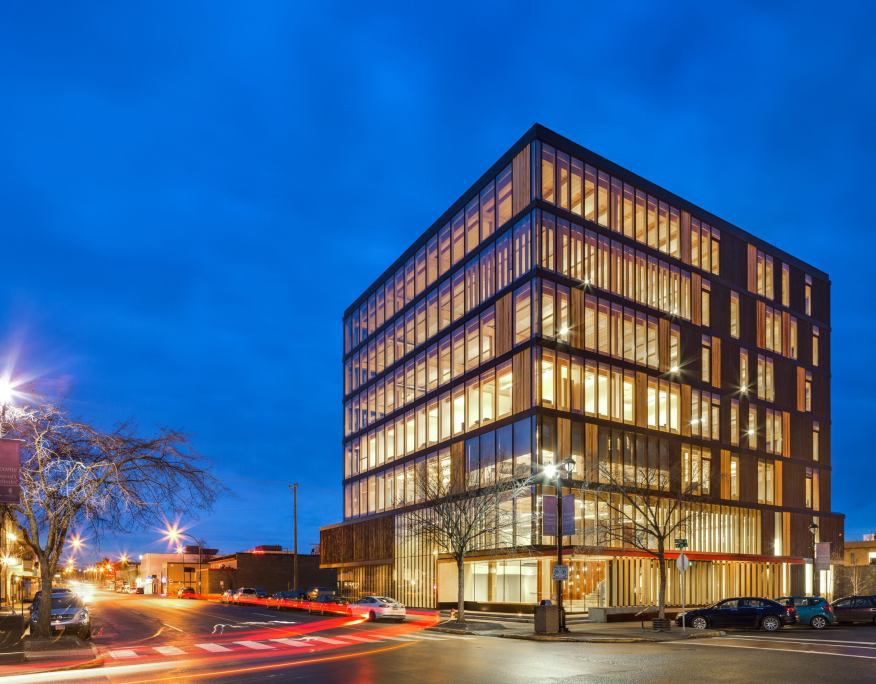 The Wood Innovation and Design Centre in British Columbia; the 97-foot-tall building by MGA is the world’s tallest all-timber office building, but that distinction won’t last long.
Michael Green Architecture
Tall timber construction, hyped as one of the next big things in architecture and construction, has slowly gained traction as a small number of multistory projects have started to showcase the possibilities of a more sustainable type of building.

A new business deal between a construction startup and a pioneer in tall timber design may help speed up more widespread adoption of this technology.

Earlier this year, Katerra, a Silicon Valley startup focused on the construction industry, received $865 million in funding from the SoftBank Vision Fund, a billion-dollar venture capital firm that has invested in leading startups such as Uber. Today, Katerra used some of its sizable bankroll to acquire Michael Green Architecture Inc. (MGA), a Vancouver-based firm and one of the pioneers of tall timber construction.

Katerra, which bills itself as a tech firm, has pitched itself as a disruptor in the staid construction industry, suggesting that its innovative technology, and focus on vertically integrating the building process, will allow it to build better, faster, and cheaper than conventional firms.

The acquisition of MGA, the eponymous firm whose founder is considered one of the leaders in tall timber design and architecture, suggests they see wooden buildings as a big part of the solution.

Currently valued at $3 billion, Katerra has built a sizable construction firm since launching in 2015. The Menlo Park, California-based company employs 1,500 people, has booked more than $1.3 billion in new projects, and has constructed an operational facility in Phoenix to manufacture its own material. The company’s goal is to be a one-stop shop, offering design, manufacturing, and construction services.

MGA has designed a number of tall timber buildings, including the Wood Innovation and Design Centre in Vancouver, T3, a multistory, mixed-use project in Minneapolis, and the under-construction Oregon State University School of Forestry complex.

This article was originally written by Patrick Sisson and appeared here.

10 Quotes on Leadership and Character for Memorial Day