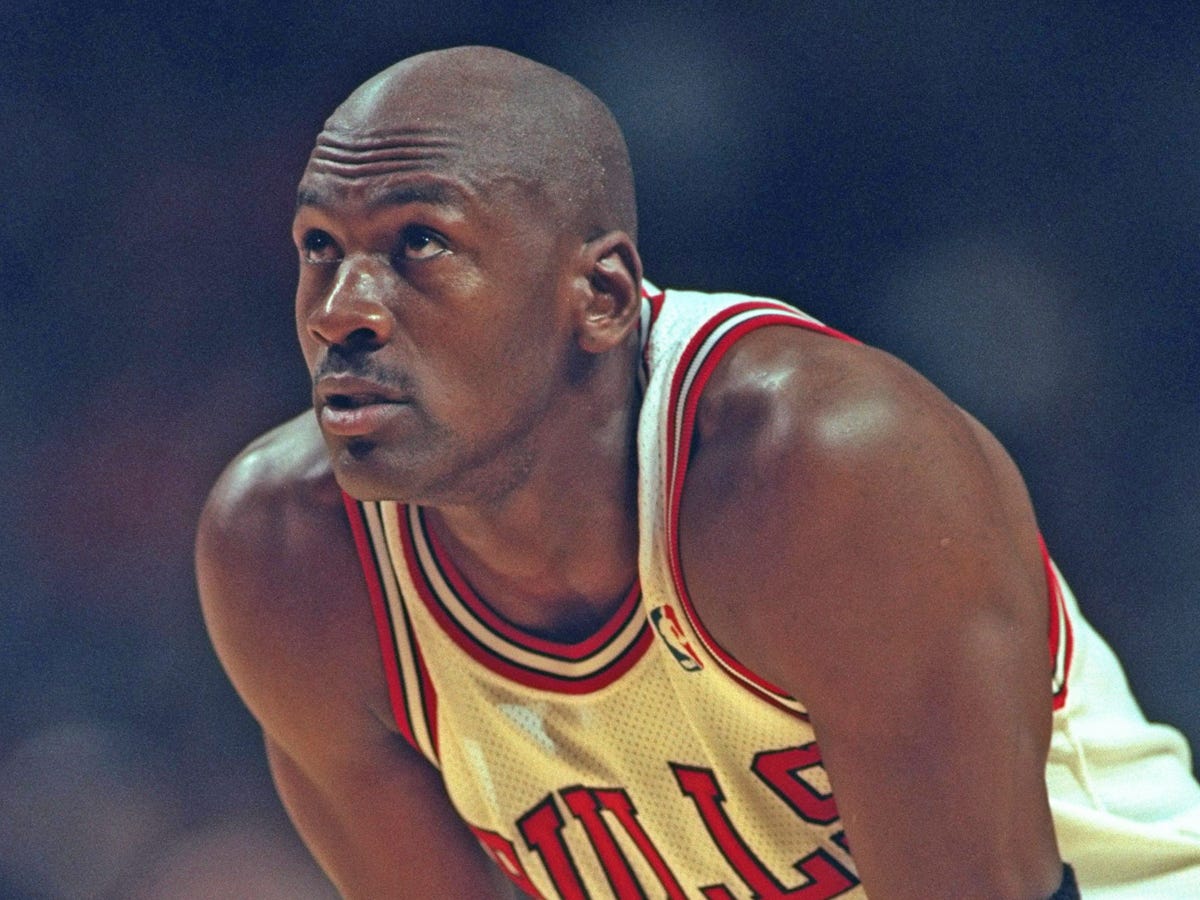 In the ESPN series “The Last Dance,” Jordan is asked if his intensity gets in the way of being perceived as nice, to which he replied: “I pulled people along when they didn’t want to be pulled, I challenged people when they didn’t want to be challenged. I earned that right … One thing about Michael Jordan is that he never asked anyone to do anything that he didn’t do.”

“One day you might look up and see me playing the game at 50. Don’t laugh. Never say never. Because limits, like fears, are often just an illusion.”

Jordan was inducted to the NBA Hall of Fame in 2009. He closed his acceptance speech with this moving quote about pushing through perceived limitations.

Jordan also said, “the game of basketball has meant everything to me. It’s my refuge, my peace. It’s been the place of the most intense pain and joy that anyone can imagine. I hope that it’s given the millions of people who I have touched the motivation to follow their dreams.”

“The problems we face didn’t happen overnight and they won’t be solved tomorrow, but if we all work together, we can foster greater understanding, positive change and create a more peaceful world for ourselves, our children, our families, and our communities.”

Amid a surge of violence related to police officers and African-Americans in 2016, Michael Jordan released a statement to the Undefeated, an ESPN website, that included this quote.

“I had always set short-term goals. As I look back, each one of the steps or successes led to the next one.”

Jordan shared this advice in his 1994 book “I Can’t Accept Not Trying Michael Jordan on the Pursuit of Excellence,” which includes the principles he has built his life and career on.

In the same book, Jordan shared this quote that he lives by. By the time the book came out in 1994, Jordan had won three NBA championships with the Chicago Bulls.

“You feel better about the effort when you win.”

Jordan told the Associated Press these words were going through his head in 1990 when he scored 69 points in a single game against the Cleveland Cavaliers.

“I didn’t think about being tired because I wanted to win the game,” Jordan told the Associated Press.

“I’ve been in that situation where I’ve scored a lot of points and we lost, and I didn’t want that to happen.

“So I kept pushing myself, kept talking to myself, saying, ‘Don’t stop, don’t stop. Keep going.’ You feel better about the effort when you win.”

“Failure is acceptable, but not trying is a whole different ballpark.”

In an autobiography called “For the Love of the Game: My Story,” Jordan shared this quote. The book, which came out in 1998, details Jordan’s career as an athlete and as a businessman.

“I built my talents on the shoulders of someone else’s talent. I believe greatness is an evolutionary process that changes and evolves era to era.”

In the same book, Jordan said, “there is no such thing as a perfect basketball player, and I don’t believe there is only one greatest player either. Everyone plays in different eras. I built my talents on the shoulders of someone else’s talent. I believe greatness is an evolutionary process that changes and evolves era to era. Without Julius Erving, David Thompson, Walter Davis, and Elgin Baylor there would never have been a Michael Jordan. I evolved from them.”

“The only way to relieve that pressure is to build your fundamentals, practice them over and over, so when the game breaks down, you can handle anything that transpires.”

Jordan shared this insight in an ESPN interview about how to handle pressure.

“People didn’t believe me when I told them I practiced harder than I played, but it was true,” Jordan told ESPN.

“That’s where my comfort zone was created. By the time the game came, all I had to do was react to what my body was already accustomed to doing.”

This article was originally written by Joey Hadden and appeared here.