3 Things LeBron James Can Teach You About Business Growth With a diverse business and investment portfolio, LeBron James can teach us a great deal about long-term growth and success. 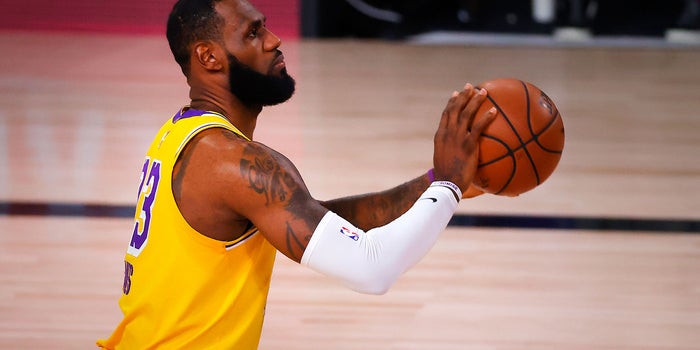 What image first comes to mind when you hear the name LeBron James?

Basketball superstar? One of the most distinguished athletes of our time? Sure, but that’s not all. Accruing a net worth of $480+ million, he hustles on and off the court.

With a diverse business and investment portfolio, LeBron James can teach us a great deal about business growth and success.

LeBron James grew up in poverty in the inner city of Akron, Ohio. Facing incredible adversity as a child, the city condemned his grandmother’s house shortly after her passing. In a span of just three childhood years, he moved 12 separate times.

Just ten years later, Lebron’s life started to change dramatically. In 2003, he had his first exposure to life-changing money when approached by two titans of industry (Nike and Reebok) looking to establish a shoe deal.

At the time, he was the first overall pick in the NBA Draft, becoming one of only 45 NBA players to turn pro straight from high school.

The deal on the table? Money LeBron never could have imagined he’d see from the streets of Akron. Nike offered $87 million, and Reebok offered $115 million.

Reebok was presenting more money, private jets, and had NBA superstars Allen Iverson and Shaquille O’Neal under their wing. Twenty-eight extra million dollars was enough to ensure his entire extended family’s success for generations to come. And the influence of existing NBA superstars and mile-high private travel was alluring.

But LeBron wasn’t interested in the short-term. Instead, he chose Nike, giving up an instant $28 million.

Focusing on the long-term, it’s now reported that his deal with Nike will earn him $1 billion throughout his life. And Reebok? Not a single NBA player is sponsored by them today.

Business growth in the short-term is seductive. But long-term investments pay dividends.

LeBron James is a household name worldwide. His celebrity status is nearly unmatched. With a combined following of 118.6 million between Instagram and Twitter, his ability to generate instant sales for nearly anything is…well…instant.

Despite this, LeBron doesn’t start dozens of businesses in new niche markets from scratch. He doesn’t leverage his current following to launch a business from zero to a million.

Instead, he buys, builds, sells, and repeats.

A shining example of this process was his investment in Beats By Dre. In 2008, LeBron quietly invested in the company Beats Electronics. An already established and thriving company, he saw the opportunity to buy, then build.

The idea is simple and present in nearly every industry: avoid common startup pitfalls through buying a proof of concept in action. Then, utilize your existing assets, skill sets, and knowledge to build it with the intention of selling.

Just recently, it’s reported that LeBron made $700 million from his investment in Beats.

Could he have formed his own electronics brand from scratch and ignited growth with his social following? Absolutely. Instead, he chose to buy into a proven product, build it, cash out, and utilize those funds to fuel future ventures.

LeBron is a force of nature on the basketball court. Whether it’s from the 3-point, the paint, or on defense, his 6’9 figure is powerful, intimidating, and steadfast.

Simply put, he is dominant at the sport of basketball, through and through, leaving no stone unturned. When it comes to business, his mentality directly carries over: dominate his niche.

As a celebrity figure in the sports industry, LeBron doesn’t stop at earning $153,312,846 from a 4-year Lakers contract alone. It’s slowly becoming a fraction of his business portfolio and subsequent net worth.

Using his prowess in the sporting world, he’s converted this value into countless niche brands.

In 2015, LeBron invested in Liverpool F.C. and founded Uninterrupted, a digital media brand producing shows for the likes of HBO. In 2018, he founded Ladder, a sports wellness and supplement company marketed to everyone from casual players to top-tier athletes. In 2021, he’s set to appear in the sequel to Space Jam.

He consistently lands brand endorsements from 2k Sports to HBO and more. If LeBron can teach us anything about business, it’s this: find your niche and dominate every end of it.

This article was originally written by Jeremy Moser and appeared here.

The Dotted Line: 6 ways a construction contract can become unenforceable